How Japanese people learn to multiply

Khai gets the Academic Award

We are so proud of Khai.
At the end of his 1st year of school – Gladstone primary, he received the Over All Academic Award. Only one was given out in his class.
It makes I feel good that the effort we put in is paying off! 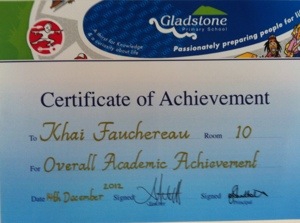 Khai having his first lesson on computer hardware. Khai wants to learn to build a robot. We starting with teaching him about what a computer is and how it works. We would like to find time to teach him some programming skills and build his computing all around. 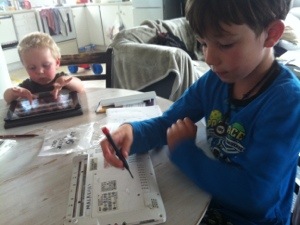 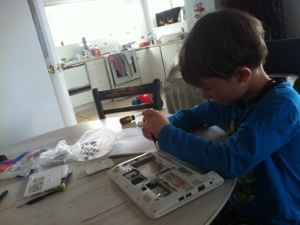 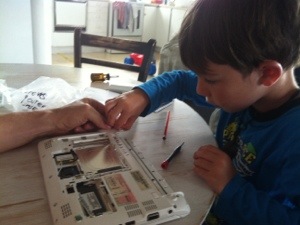 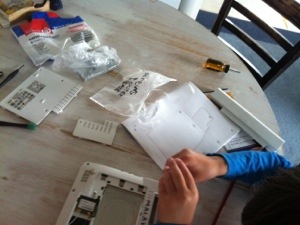 Salman Khan on education from El Estoque on Vimeo.

Back on The Adventure of Education

It has been a while now since my last post. In the mean time my family and I, my family being little Arix born 11/02/2011 and our 5 year old Malakhai my husband Nicolas and I, have decided to pack up and immigrate to New Zealand. A great motivation for moving being education for our kids.
Nico flew with the kids to begin work and set up for our new life while I sailed our yacht Kwela to Australia where she will stay until further notice.
See blog Soul Sail for the story of that adventure.
I am now sitting at the airport in Perth very excited to see my family after to long away from them.
A new adventure in life and education to begin.
I will be engaging again soon with this blog and our journey in educating our kids and as always ourselves. 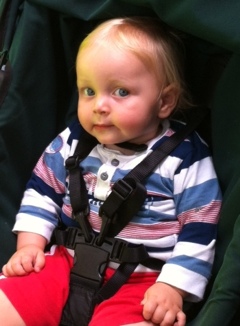 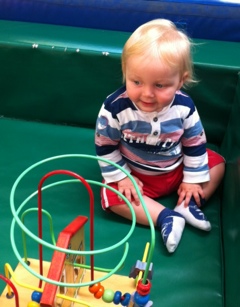 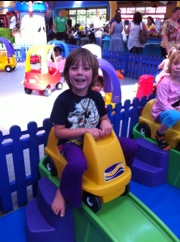 Teaching Khai programming now that he knows his letters.. Yay! 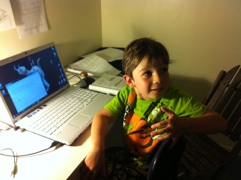 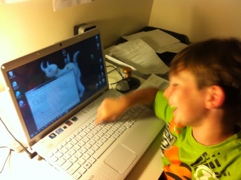 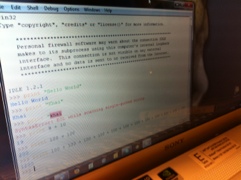 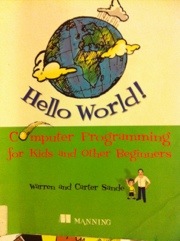 School Day Of The Future

School Day Of The Future – Salman Khan… this guy needs to be knighted !

WHAT IS WRONG WITH BEING WRONG?

WHAT IS WRONG WITH BEING WRONG?
Take a minute to to think about the word ‘Wrong’. .. How do you feel about it? Does it make you feel good? What do our children feel about being ‘wrong’, What is being ‘wrong’?  Does being wrong need to be wrong….. NO!

Lets make wrong right! Consider for a moment how you felt about being wrong at school..I for one recall feeling inadequate at not knowing or having the wrong answer to a question..I felt it did not help to raise my confidence in my work nor within myself. I recall fearing to ask or speak my mind; not wanting to be put down for my enquiry.. fearing being wrong.. I would learn hard for a test and no matter if I got 30% or 90% the out come would be the same … what did you get wrong.. as time passed, fear of being wrong slowly smothered the inbuilt need to explore information and knowledge and it was only after school that my spark for knowledge began to burn again..

“ In his 1964 book, How Children Fail, Teacher John Holt un-reeled a series of classroom anecdotes to show that children—beset by teacher-imposed fear, confusion and boredom—merely grope for right answers, rather than understand. In a sequel, How Children Learn, to be published next month, he illustrates the spontaneous ways in which kids embrace knowledge before they enter schools, where they “learn to be stupid.” ” Read More…

School was supposed to ignite my appetite for learning but all it did for me was drive me to hibernate for fear of not being good enough.. for fear of being wrong.. When ever we were presented with information to learn and a test .. my reaction was … OH NOOOOO… Surly there is something fundamentally flawed with this reaction… With being presented with new information and the opportunity to learn would you not expect an excitement to well up within… I fear that I am not the only one to feel this way and in speaking to many school going children this seems to be far from unusual. Less than half of school children feel inspired to go to school each day, school seems to be a place almost kin to punishment to most and to many others simply a place to develop social skills …..!!!???? This indicates to me that school as a whole is not doing a fantastic job at inspiring our children to want to be learners… I could spend much time on what I feel is wrong with the general schooling system; but lets instead look at what we wish to do to change this for our kids….

A little story Our 4 year old son was doing Edu-Peg interactive workbooks that enable learners to self correct with an answer board. Edu-peg encourages learning to evaluate, recognise and cope with problems. Develops concentration,perseverance, memory, self-confidence and self-esteem. Etc…..

To cut a long story short he brought me the answer board to show me how he had not gotten any answers wrong. Seeing the betraying look of dishonesty I asked him what he had done and managed to get it out of him that he had simply felt for the right answers instead of going back and seeing where is mistake lay and correcting it. This offered an opportunity to confront the issue of being ‘wrong’ I explained:
BEING WRONG IS NOT A BAD THING! BEING WRONG GIVES US THE OPPORTUNITY TO LEARN, PERSEVERE AND THINK. BEING WRONG IS THE WAY HUMANS LEARN.. WE MOSTLY DO THINGS WRONG BEFORE WE FIND THE RIGHT WAY…
We learn to walk by falling many times. I don’t know one person who has gotten onto a bicycle and ridden perfectly the first time around.
DOING SOMETHING INCORRECTLY IS A CLUE THAT INDICATES THAT WE NEED TO EXPLORE MORE TO FIND THE RIGHT WAY. . IT IS AN OPPORTUNITY TO THAT SHOWS US WHAT NEEDS MORE ATTENTION.
WRONG IS RIGHT BECAUSE IT OFFERS THE OPPORTUNITY TO KNOW MORE AND BECOME BETTER AND STRONGER AT WHAT WE ARE DOING!

In Praise of Failure “When it comes to failure, I’m trumped by Edison who famously said, “I have not failed. I’ve just found 10,000 ways that won’t work.” Those 10,000 detours resulted in the Dictaphone, mimeograph, stock ticker, storage battery, carbon transmitter and his joint invention of the light bulb. In the end, 10,000 flops fade into insignificance alongside Edison’s 1,093 patents.” Read More…

Khai Does the Jabberwocky….

Khai in the bath reciting the Jabberwocky  – Lovely

(from Through the Looking-Glass and What Alice Found There, 1872)`Twas brillig, and the slithy toves
Did gyre and gimble in the wabe:
All mimsy were the borogoves,
And the mome raths outgrabe.

“Beware the Jabberwock, my son!
The jaws that bite, the claws that catch!
Beware the Jubjub bird, and shun
The frumious Bandersnatch!”

He took his vorpal sword in hand:
Long time the manxome foe he sought —
So rested he by the Tumtum tree,
And stood awhile in thought.

And, as in uffish thought he stood,
The Jabberwock, with eyes of flame,
Came whiffling through the tulgey wood,
And burbled as it came!

One, two! One, two! And through and through
The vorpal blade went snicker-snack!
He left it dead, and with its head
He went galumphing back.

“And, has thou slain the Jabberwock?
Come to my arms, my beamish boy!
O frabjous day! Callooh! Callay!’
He chortled in his joy.

`Twas brillig, and the slithy toves
Did gyre and gimble in the wabe;
All mimsy were the borogoves,
And the mome raths outgrabe.